by The Green Arrows 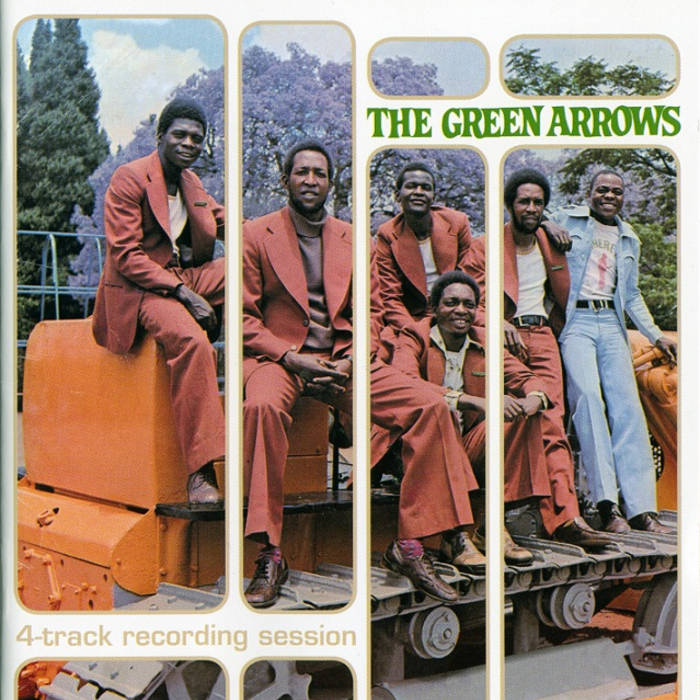 JHFace Great album and this song is the best of the best. Favorite track: Doro Renyu Rinonaka.

Undoubtedly the most important musical act to emerge from Zimbabwe in the 1970s, the Green Arrows transmuted the widespread social upheaval of their homeland into hopeful, rhythmic, political, experimental music. This extraordinarily progressive group took the country by storm, fusing the different rhythms of the region into one unique and ebullient sound. The Green Arrows were the first Zimbabwean band to record an LP (released in February 1976) - a milestone in Zimbabwean music history. Also their song 'Musango Mune Hangaiwa' still holds the record for the longest stay at number1 in the Zimbabwean charts (4 months).

At the start of the 1970s the Green Arrows were merely the best bar band in all of Zimbabwe. By decade's end, they had achieved a level of fame previously unheard of in the country. The band's mercurial bassist and lead singer, Zexie Manatsa, became the patriarch of a flourishing musical scene in Zimbabwe, then Rhodesia. When he got married in 1979, an estimated 60,000 guests showed up for the wedding, held in Rufaro Stadium in Harare, with Oliver Mtukudzi and Thomas Mapfumo amongst the performers.

The Green Arrows, discovered by South African producer West Nkosi, had become the tightest, funkiest band around. The music was branded ‘wha wha (= beer) music’ as it got people to consume vast amounts of beer. The Arrows’ unique sound managed to be intensely danceable and catchy, yet breezy and laid-back at the same time. Guitar riffs sparkle like stars throughout each of these three-minute-long compositions. The rhythm section is flawless and the mellow, stoned vocals perfectly convey the band's overarching message: ‘Forget your troubles for a little while and dance with your fellow human beings - something great might come of it’. This is music to get lost inside, hypnotic and gently percussive, utterly irresistible and addictive.

The twenty tracks on this CD, collected here by Analog Africa’s Samy Ben Redjeb and all painstakingly re-mastered, vividly illustrate the Arrows' rise to greatness. Divided into two parts, the first of which is culled from the Chipo Chiroorwa LP (1974) and features material from 1974 and 1975, and the second of which, called Waka Waka Selection combines singles recorded between 1976 and 1979. The accompanying 24-page booklet (edited by renowned critic Banning Eyre) frames the music in the proper historical context, with a full detailed discography and numerous rare photographs.

'A treasure.' - BBC Music Online
'Contagiously danceable CD' - The Independent on Sunday
'Terrific low-fidelity recordings ... dance grooves that set the stage for the future of southern African pop. - Chicago Tribune
'Timeless stuff. - Downbeat ****
'All modern popular music in Zimbabwe owes a certain debt to the first Zimbabwean group to record an LP there, and so this first edition in Analog Africa’s series is particularly timely.' - AllAboutJazz
'Lost ‘70s Zimbabwean Afro-rock that’ll make you grin. Guitarist Stanley Manatsa’s wah-wah is just plain nasty.' - Spin ****
'A model compilation with excellent notes that put the music in context and even convey the personalities of the artists.' - Afropop Worldwide
'A treasure trove of melody, a crucial, lovingly assembled look back at one of the more fascinating and somewhat forgotten groups in African history.' - Global Rhythm