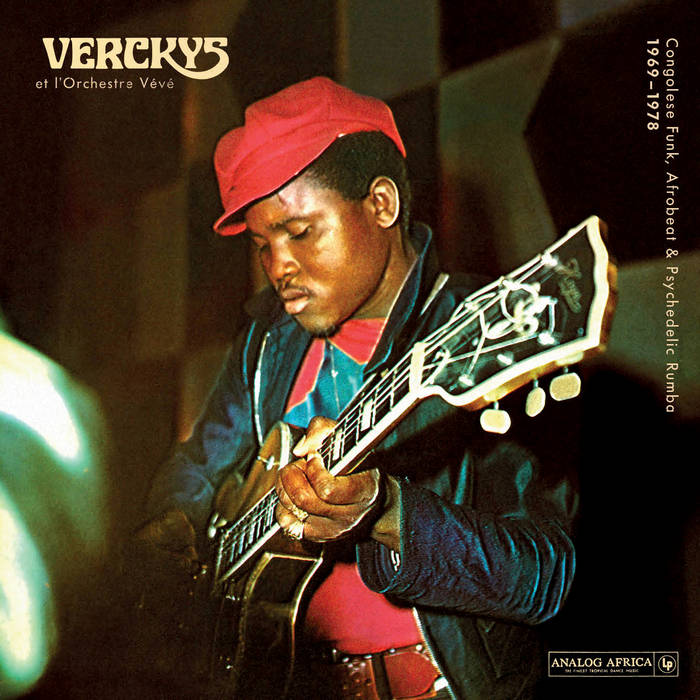 Mr Crumbone Analog Africa is by far my favourite gateway to the amazing music of the African continent... I must have missed this album by release, so I made this an early christmas present to myself. This is some serious funky shizzle!!!

Masa Mori When I start playing this album, everything around me changes dusty dry land in East Africa. Especially, Ya Nini reminds me music that I listened in local bus from Lusaka to Mpulung in Zambia... Favorite track: Ya Nini.
more...

Congo's turbulent and exhilarating '70s: Nightclubs and dance floors were packed to the brim in the capital, Kinshasa. Exuberant crowds, still giddy from independence a decade prior, grooved to the sounds of the country`s classics. In fact the whole continent was submerged into the Congolese Rumba craze. Encouraged by the fantastic productions of the Ngoma label, vibrant radio waves had been spreading the Congo sound from Leopoldville all over the continent, becoming the countries' No.1 export. The unexpected success nurtured an incredible wealth of talented musicians. One of them was Verckys, who, at age 18, became a member of the country´s most dominant and influential band; Franco´s OK Jazz.

This "relationship" however was short-lived as Verckys, aka Georges Mateta Kiamuangana, now a versatile and potent multi instrumentalist, had plans of his own - the formation of Orchestre Vévé in 1968, with the aim of reinventing and modernising the Congolese sound. Blending the ever influential prowess of James Brown with Congolese Merengue, Rumba and Soukous, Verckys stripped away the conventional approach that O.K. Jazz had pioneered, allowing his saxophone-laced melodies to dominate.

Around 1970 a new important area began with the foundation of the label "les Editions Vévé" on which Verckys would release his own productions. A studio was built and Verckys started recording young urban artists, with guitar-driven Cavacha sounds; Les Freres Soki, Bella Bella, Orchestre Kiam and many more shot to stardom overnight, making Verckys a very wealthy man.

But that wasn't enough for an ambitious man with a vision. He built a sprawling entertainment complex called Vévé Centre, and dispatched a team to learn the intricacies of record pressing to set up the first pressing plant in the country. This was followed by the construction of the Congo's most modern recording studio in Kinshasa, in which he recorded the legendary Tabu Lay Rochereau.

Orchestre Vévé's popularity poured across borders and in 1974 the band travelled to Kenya for a 2 month tour. "Bassala Hot", "Cheka Sana" and "Talali Talala" were some of the tracks recorded in Nairobi for the Kenyan market, songs which are now available to the ears of the world for the very first time.

Analog Africa has now the privilege to present 11 tracks (+ 3 bonus tracks only for bandcamp!!) by Verckys et l´Orchestre Vévé at the height of their most funky capabilities. Compiled over the course of many years in a land of hardship, we welcome you to the grooviest era of the Congo with a CD, digital, and double LP release accompanied by in-depth liner notes and vintage photographs.

Verckys, who James Brown dubbed "Mister Dynamite" after seeing him perform in Kinshasa in 1974, is available for interviews and will be touring Europe in the summer of 2015. Fingers crossed !