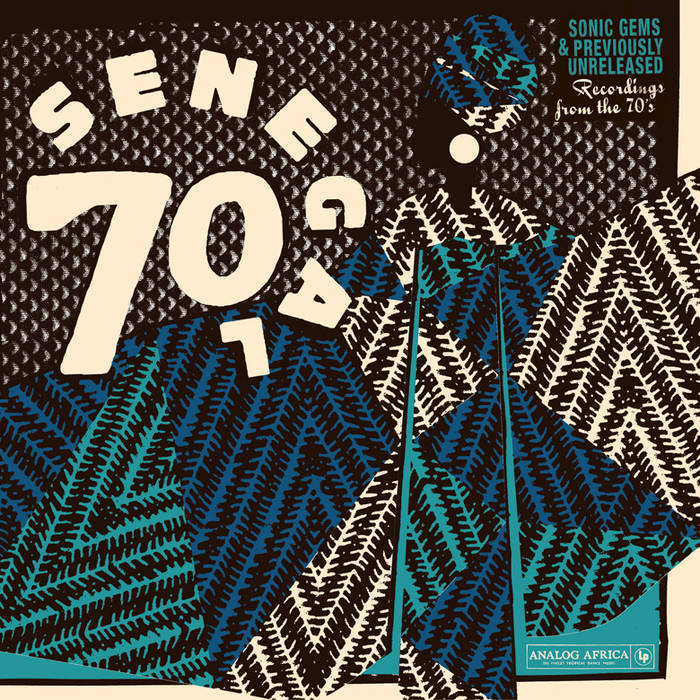 Scott What a wonderful surprise it was to hear the Cuban song "El Carretero" on an album of Senegalese music! I'm familiar with the song from a modern hiphop-ified version on Putumayo's "Latin Groove" CD but this older, more traditional recording is pretty special in its own right. There are so many other great songs here, too. Favorite track: El Carretero.

lovepsy this album is a great collection of music that celebrate life, with a mix of latin music and african music. great collection that simply makes your heart and soul happy. Favorite track: Kiko Medina.

4 years in the making, in partnership with Teranga beat the current leading label for Senegalese music, Analog Africa proudly offer an insight into the musical adventures that were taking place in the major Senegalese cities during the 60s and 70s. This compilation, reflects the unique fusions of Funk, Mbalax, Cuban Son and Mandigue guitar sounds that transformed Dakar into West Africa's most vibrant city.

It all started in 2009 when Adamantios Kafetzis travelled from Greece to Senegal with a brand new tape machine that he used to digitise the musical treasures he had discovered in the city of Thiés. These treasures took the form of reel tapes, and had been recorded by sound engineer Moussa Diallo, who had spent the previous four decades immortalising, onto magnetic tape, the bands that would perform in his club, the legendary Sangomar.

300 Senegalese songs that nobody had ever heard before were discovered - five of them were selected for this compilation.

Thanks to its history of outside influences, Senegal - the western point of Africa - had become a musical melting pot. Cuban and American sailors had brought Son Montuno from Cuba, Jazz from New Orleans and American soul tunes: sounds that were swiftly embraced and adopted by urban dance bands and intuitively merged with local music styles.

One band in particular excelled at this fusion. 1960 marks the formation of Star Band de Dakar, a milestone that left an indelible imprint on Dakar’s musical landscape. Indeed, the whole country was soon grooving to their intoxicating mixture of Afro Cuban rhythms and Wolof-language lyrics.

The 1970s brought a new generation of stellar bands; Le Sahel, Orchestre Laye Thiam, Number One de Dakar, Orchestra Baobab, Dieuf Dieul de Thies and Xalam1 who fused traditional Senegalese percussion instruments such Sabra, Tama and Bougarabou with organs and keyboards, giving birth to new hybrids. Merging the folkloric and the experimental, these sounds, embraced by the youth, took centre stage and gave the previously dominant Cuban music a run for its money.

With this burst of musical and artistic creativity, driven predominantly by the modern vision of President Senghor, Dakar began attracting international stars. The Jackson Five, James Brown, Tabou Combo (Haiti), Celia Cruz (Cuba) and an array of African stars like Tabu Ley Rochereau (Congo), Manu Dibango (Cameroon) and Bembeya Jazz (Guinée) joined in with the local scene, improvising jam sessions and bringing new flavours to a music scene that was always open to new inspirations and influences. Johnny Pacheco immortalised his passion for the city with a song called "Dakar, Punto Final".

The comprehensive booklet that comes with the CD - 44 pages and with the Double LP - 12 pages LP size - is a precious document attesting to the decades of transformation that led to modern Senegalese music. Featuring biographies of music producers and a legendary record cover designer, as well as the life stories of all the groups represented here, the booklet also includes a fantastic selection of photos that have never seen before.

To Thierno Abass - Record collector extraordinaire, cinematographer and party organiser for the amazing pictures of „Bembeya Jazz at Le Miami“. Viva Marvillas is dedicated to Andy Williams. Special thanks to Djibathien Sambou for allowing us to use his fantastic paintings.

Special dedication to Adamantios Kafetzis from Teranga Beat for making this project possible.