Space Echo - The Mystery Behind the Cosmic Sound of Cabo Verde Finally Revealed! 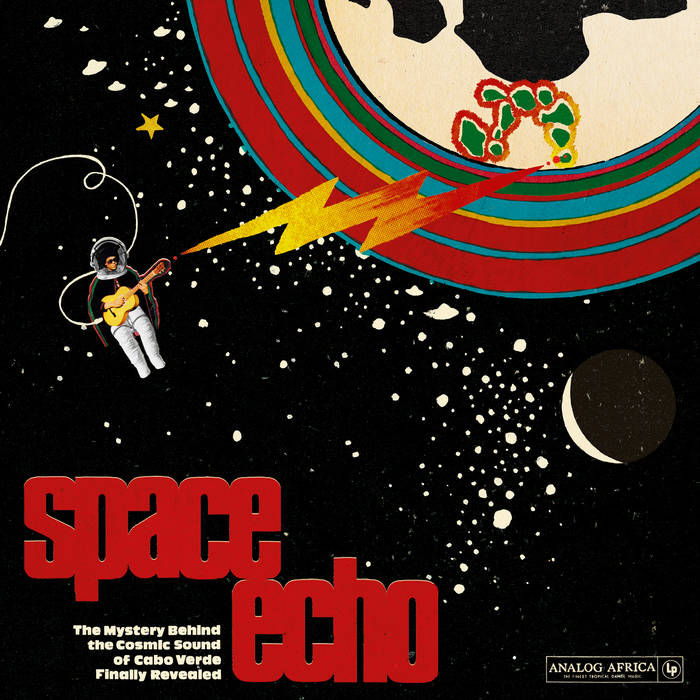 woe_bonnet This makes my stomach feel like its sliding one way while my genitals and the back of my knees go the other. This is an un-fair amount of groove to include in one album. So, so, SO good. Favorite track: Mino Di Mama.

Cosmographer The gods are Cabo Verdian astronauts and they are ready to wash the dance floor with your tears of joy!

Everything about this record is UNBELIEVABLE - these tunes groove HARD, the melodies will stay long in the ear (if you understand Portuguese, the lyrics are super great), and these musicians RIP on their instruments like there's no tomorrow.

Get this gem of a release, it fucking rules. Favorite track: Odio Sem Valor.

The Fishermen & the Priestess

In the spring of 1968 a cargo ship was preparing to leave the port of Baltimore with an important shipment of musical instruments. Its final destination was Rio De Janeiro, where the EMSE Exhibition (Exposição Mundial Do Son Eletrônico) was going to be held.

It was the first expo of its kind to take place in the Southern Hemisphere and many of the leading companies in the field of electronic music were involved. Rhodes, Moog, Farfisa, Hammond and Korg, just to name a few, were all eager to present their newest synthesisers and other gadgets to a growing and promising South American market, spearheaded by Brazil and Colombia.

The ship with the goods set sail on the 20th of March on a calm morning and mysteriously disappeared from the radar on the very same day.

One can only imagine the surprise of the villagers of Cachaço, on the Sao Nicolau island of Cabo Verde, when a few months later they woke up and found a ship stranded in their fields, in the middle of nowhere, 8 km from any coastline. After consulting with the village elders, the locals had decided to open the containers to see what was inside – however gossip as scintillating as this travels fast and colonial police had already arrived and secured the area.

Portuguese scientists and physicians were ordered to the scene and after weeks of thorough studies and research, it was concluded that the ship had fallen from the sky. One of the less plausible theories was that it might have fallen from a Russian military air carrier. The locals joked that again the government had wasted their tax money on a useless exercise, as a simple look at the crater generated by the impact could explain the phenomena. “No need for Portuguese rocket scientists to explain this!” they laughed.

What the villagers didn’t know, was that traces of cosmic particles were discovered on the boat. The bow of the ship showed traces of extreme heat, very similar to traces found on meteors, suggesting that the ship had penetrated the hemisphere at high speed. That theory also didn't make sense as such an impact would have reduced the ship to dust. Mystery permeated the event.

Finally, a team of welders arrived to open the containers and the whole village waited impatiently. The atmosphere, which had been filled with joy and excitement, quickly gave way to astonishment. Hundreds of boxes conjured, all containing keyboards and other instruments which they had never seen before: and all useless in an area devoid of electricity. Disappointment was palpable. The goods were temporarily stored in the local church and the women of the village had insisted a solution be found before Sunday mass.

It is said that charismatic anti-colonial leader Amílcar Cabral had ordered for the instruments to be distributed equally in places that had access to electricity, which placed them mainly in schools. This distribution was best thing that could have happened - keyboards found fertile grounds in the hands of curious children, born with an innate sense of rhythm who picked up the ready-to-use instruments. This in turn facilitated the modernisation of local rhythms such as Mornas, Coladeras and the highly danceable music style called Funaná, which had been banned by the Portuguese colonial rulers until 1975 due to its sensuality!

The observation was made that the children who came into contact with the instruments found on the ship inherited prodigious capabilities to understand music and learn instruments. One of them was the musical genius Paulino Vieira, who by the end of the 70s would become the country ́s most important music arranger.

8 out of the 15 songs presented in this compilation had been recorded with the backing of the band Voz de Cabo Verde, lead by Paulino Vieira, the mastermind behind the creation and promulgation of what is known today as “The Cosmic Sound of Cabo Verde”.

If you like Space Echo - The Mystery Behind the Cosmic Sound of Cabo Verde Finally Revealed!, you may also like: