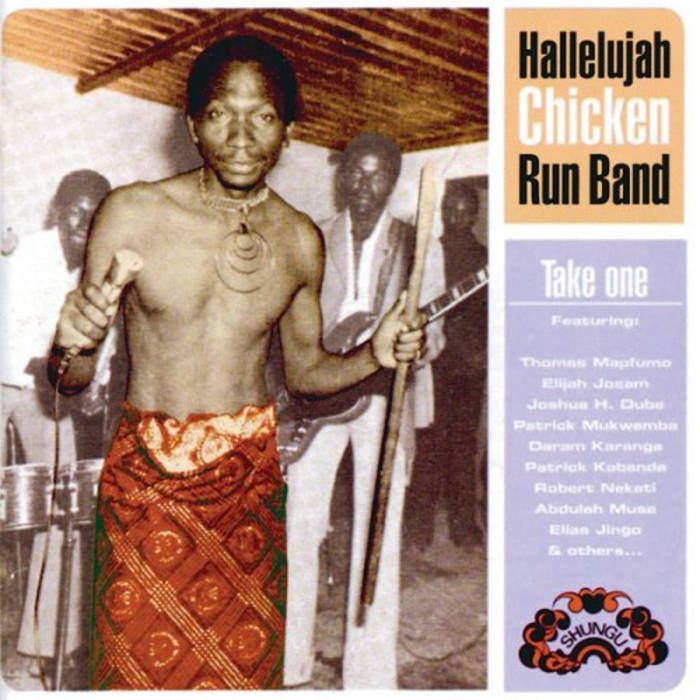 The Execrable Bede Finally, a band whose music lives up to their name...

Markus Bader Must be one of my top ten favourite albums. Highly recommended. A timeless beauty!!! Favorite track: Ngoma Yarira.

The Hallelujah Chicken Run Band (or HCR for short) was one of the seminal bands that formed the explosive Zimbabwean music scene in the 1970s and one of the first acts to develop the staccato style of guitar playing for which Zimbabwe is known today, a 'breathless, loopy, dampened plucking that mimics traditional mbira thumb-piano melodies' (Rolling Stone). Upbeat, vibrant and catchy, as well as beautiful and emotional, their music can now be explored on the compilation 'Take One (1974-79)', to be released on 8 October by the Analog Africa label whose previous release was by The Green Arrows.

'Take One' presents 18 of HCR's biggest hits (including a series of singles for which the band received eight gold records in 1974), as well as rare songs, all recorded between 1974 and 1979. The CD has been compiled from vinyl records and the original master tapes found in Zimbabwe, all painstakingly remastered. A 16-page booklet, researched over two years, tells the complete history of the group, plus it includes a full detailed discography, rare photographs and artefacts.

During HCR's most active years Rhodesia, as Zimbabwe was called then, was between its British colonial past and full independence. HCR was one of the first modern groups to sing in the Shona language - which most of the White minority government could not understand – this in itself was a major act of liberation and protest against the Rhodesian government. Alongside the occasional love song the compilation, political songs and songs of liberation prevail.

The collection features a handful of appearances by Thomas Mapfumo, one of Zimbabwe's biggest and most influential artists, on drums and vocals. Whilst playing with HCR Mapfumo began to explore the traditional music of his Shona people and adapted this to modern rock instrumentation, transcribing the scale of the mbira (or thumb piano) to electric guitar with HCR guitarist Joshua Hlomayi Dube.

In the Seventies many home-grown African pop bands were funded by their respective culture ministries; HCR though was funded by the white owners of the Mangura Copper Mine. The owners believed that the mine workers, many of them from neighbouring Malawi, would benefit from some musical entertainment after long shifts. Trumpet player Daram Karanga was hired in 1974 to assemble the group. Two members of the group at the time found day jobs working at a local chicken farm (chicken run). Upon hearing this, the mine's boss shouted 'Hallelujah!' - and then proceeded to christen the band with the name Hallelujah Chicken Run Band.

When the group first started performing at the mine they played a lot of rumba, cha cha cha and soul covers. Whilst the white management liked this, it didn't prove popular with the mine workers. Instead it was the traditional 'Zim style' songs made them go crazy and this was the direction they then went into. The band's popularity quickly grew, and they were asked to perform at many different events throughout the country. In 1974, HCR won the first national music contest held in Harare for the Teal company. There they were also discovered by legendary producer Crispen Matema with whom they later recorded a well-known studio session, from which many of the tracks on this collection are drawn.