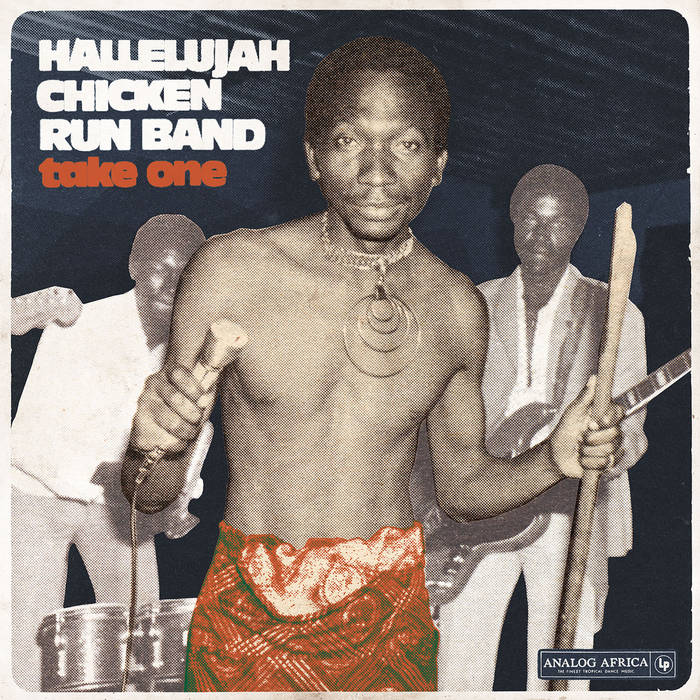 David Rankin I'm a few tracks in, can’t stop moving to the Super Flexible sounds... I think we have a masterpiece on our hands. Gonna need New shoes pretty soon if it goes on like this

* This is the band that modernised Zimbabwean music, and by doing so revolutionised the music industry in their country.

"I played the first cut, and from its opening stuttering guitar notes, I was hooked." #1 Editor’s Top 10 - Global Rhythm magazine

In 1972, the country of Rhodesia – as Zimbabwe was then known – was in the middle of a long-simmering struggle for independence from British colonial rule. In the hotels and nightclubs of the capital, bands could make a living playing a mix of Afro-Rock, Cha-Cha-Cha and Congolese Rumba. But as the desire for independence grew stronger, a number of Zimbabwean musicians began to look to their own culture for inspiration. They began to emulate the staccato sound and looping melodies of the mbira (thumb piano) on their electric guitars, and to replicate the insistent shaker rhythms on the hi-hat; they also started to sing in the Shona language and to add overtly political messages to their lyrics (safe in the knowledge that the predominantly white minority government wouldn’t understand them). From this collision of electric instruments and indigenous traditions, a new style of Zimbabwean popular music – later known as Chimurenga, from the Shona word for ‘struggle’ – was born. And there were few bands more essential to the development of this music than the Hallelujah Chicken Run Band.

The band came into being when a young trumpet player named Daram Karanga offered to assemble a group to entertain the workers at a copper mine in the town of Mhangura. The original line-up – which included legendary singer Thomas Mapfumo, who would bring the sounds of Chimurenga to the world in the early 1980s with his band the Blacks Unlimited, and Joshua Hlomayi, one of the pioneers of mbira- style guitar – started out playing the Rumba and Afro-Rock styles popular in the capital. Although this was a hit with the white owners of the mine, the workers greeted it with indifference. But when they started adding electric arrangements of traditional Shona music to their repertoire, the audience went wild.

With the addition of “Zim” sounds to their arsenal, the HCR Band became unstoppable. Their reputation spread quickly and, in 1974, they were invited to the capital to compete in a national music contest organised by the South-African Teal label. Not only did they win the competition, but they also attracted the attention of famed producer Crispen Matema, who quickly organised their first recording sessions. On their first day at Jameson House studios, they recorded half a dozen songs, including “Ngoma Yarira” and “Murembo”, two singles that would alter the course of Zimbabwean popular music.

During the next five years, the band would relocate from their small mining town to the capital city, go through numerous line-up changes and pay a few more visits to the recording studio, without ever losing the raucous urgency that had transformed them from popular entertainers into titans of Zimbabwean culture. Take One collects the HCR Band’s biggest hits along with several rare tracks recorded between 1974 and 1979, all painstakingly remastered from original master tapes and vinyl sources; originally released on CD by Analog Africa in 2006, this essential music is now available on LP for the first time since the 1970s.