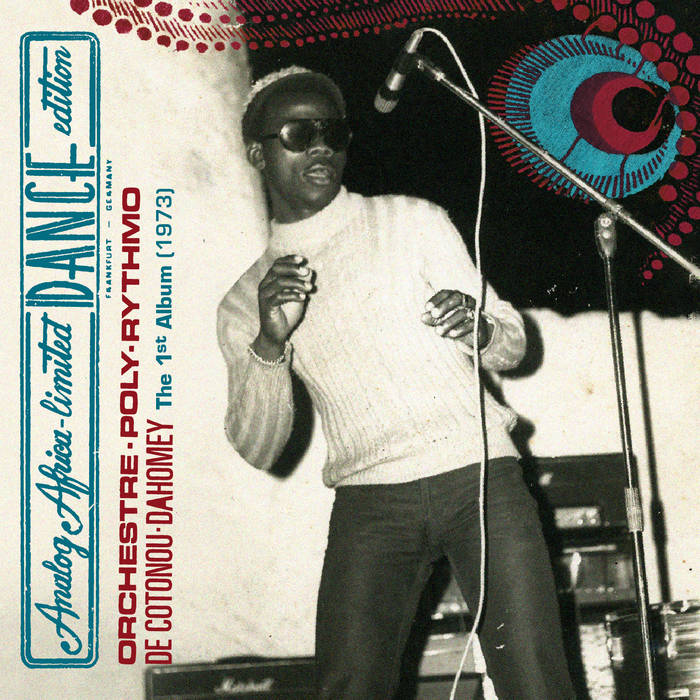 Nestled in between Nigeria and Ghana, the traditional heavyweights of the golden West African musical axis, Benin, formerly known as Dahomey, has birthed some of the most raw and psychedelic Afro sounds to emerge from a continent blessed with artistic talent. From Lome to Luanda, Africa's coastal cities have constantly served as creative hubs and Benin's economic capital, Cotonou, is no exception. The former French trading post has spawned several bands and performers, the most indefatigable and prolific of which undoubtedly remains Orchestre Poly-Rhythmo.

Extensively featured on Analog Africa's previous releases, Poly-Rythmo and its legendary members constitute arguably Africa's most innovative band. By building upon and modernizing the traditional rhythms of Vodoun, conforming to the Afrobeat sound of the time, incorporating Western styles and injecting a healthy Latin dose, Orchestre Poly-Rhythmo fostered a diverse groove that remained unique to Benin and resonated with the region's urban centers.

Despite consisting of 16 members at its peak, the band was originally founded as Orchestre Poly-Disco in 1968 with original members Melome Clement, Bentho Gustave, Amenoudji Vicky Joseph and Bernard 'Papillon' Zoundegnon. Seeking to expand and in search of a soul singer, Bentho and Papillon persuasively lured a certain Vincent Ahehehinnou from Daho Jazz, a band with little prospect of major success that often performed in seedy venues.

Due to changes in producers and financiers, Orchestre Poly-Disco switched its name to Orchestre El Ritmo before finally establishing themselves as Orchestre Poly-Rythmo de Cotonou after signing with Adissa Seidou, the owner of the Albarika Store label, in 1969. Influenced heavily by Fela Kuti, Vincent, who by this time had transformed himself into an Afrobeat and funk specialist, perhaps Benin's best, soon became a supremely influential member of Poly-Rhythmo and was approached by Albarika to record a 7-inch single. Realizing the band's preeminence on the African music stage, Vincent believed the time was ripe to follow in the footsteps of African music greats and record a full album instead. A deal was subsequently struck with the label for a production fee of 320.000 CFA - about 500 euros given today's exchange rates.

The band took advantage of their producer's cross-border contacts and traveled from Cotonou to Lagos, which possessed better-equipped studio facilities, to record their first LP consisting of four heavy Afrobeat tracks, wholly composed by Vincent Ahehehinnou himself, in 1973.

In fact, the four track-LP was recorded twice. Albarika rejected the first recording because of far too much background noise - the possible culprit being an obnoxious organ amplifier - forcing another recording to be done. The second recorded session met expectations and made it as the official vinyl release. That recording remains not only one of Benin's rarest LPs but one of its best works of music, setting the standard for all future Poly-Rythmo releases and firmly cementing the band and Vincent's reputation.

The test-pressing of the rejected first recording was found and Analog Africa founder, Samy Ben Redjeb, chose two tracks from each recording. The two remastered track from the rejected recording is being exclusively released for the very first time on the recording you are holding.

Vincent has acknowledged that his entire life, including that of his family's, revolved around and is owed to Orchestre Poly-Rythmo. The Afrobeat mastermind left his beloved band on May 28, 1978. He chose not to reveal the reasons for his departure.