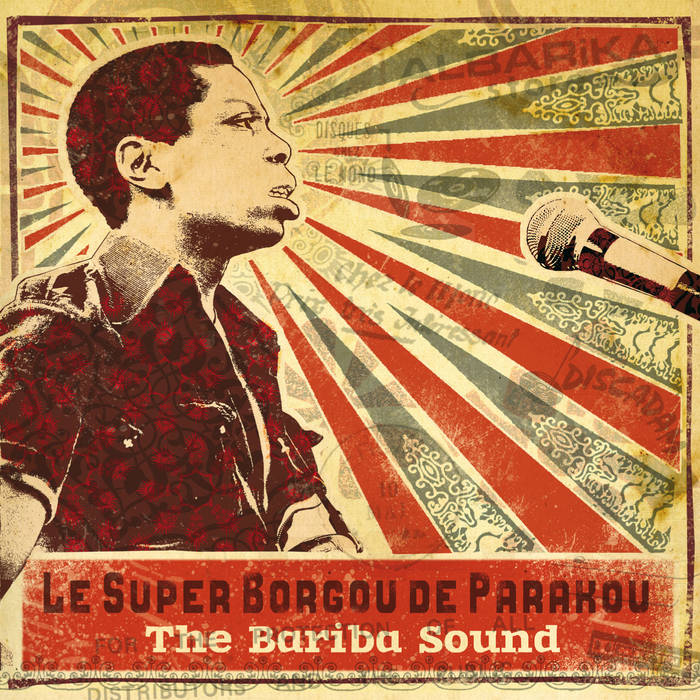 Scott I must have been ill the day I perused AA's back catalogue a few years ago - I cannot imagine how else I could have missed this bright and energetic album. Wonderfully uplifting on this dreary day. Favorite track: Wegne'Nda M'Banza (Bariba Soul).

Markus Bader Such a great album and a versatile band playing so many different styles with great ambition. The drummer is marvellous, playing d&b-patterns of the highest quality. An African Exile On Main Street. Running order is top too. I just don't get the idea of hidden tracks, never did... why press fast forward or wait 6 minutes for a tune? A true gem like all the Analog Africa stuff!!! Recommended! Favorite track: Dadon Gabou Yo Sa Be No.2 (Afro Beat Dendi).

Lost sounds are the archives of a forgotten history. The raucously raw, Vodoun-inspired rhythms of Cotonou have confirmed Benin as a mecca of 70s Afro sounds and revived the story of its people, but the unopened vaults housing the country's catacombs of musical riches are endless. With this as our compass, Analog Africa charters its fifth expedition to Benin, traveling far north to delve deeper into the obscured repertoires and tales of the Bariba and Dendi people.

Originating from the Kwara state of northwest Nigeria, the Bariba - a predominantly Islamic people - now dominate the Borgou department of Benin with the market city of Parakou at its heart. The rhythms of their culture constitute just one domain of the Islamic Funk Belt - a distinct musical swath of land encompassing northern Ghana, Togo and Benin.

Once frequented by Muslim merchants and traders, the belt has yielded a rich harvest of talent with the likes of Uppers International (Ghana), Orchestre Abass, the Black Devils (Togo), Anassoua Jazz (Benin) and, undoubtedly the most powerful band from Parakou, Orchestre Super Borgou, who were first introduced to the West via Analog Africa's defining release, 'African Scream Contest.'

The birth of modern African music in Parakou is inextricably linked to Super Borgou. The progressive-minded father of the band's founder, Moussa Mama, imported modern music - which he learned while working as a goldsmith in Accra, Ghana - to the region in the 50s. His return to Borgou and subsequent teachings spawned countless bands from villages across the department.

In its infancy, Super Borgou served as a cover band for Congolese Rumba hits but, in line with the most enigmatic - and experimental - African bands of the day, they developed their own musical identity by reinventing traditional songs and rhythms.

With Benin's foremost drummer, Bori Borro, in their ranks, Bariba and Dendi linguistic folklore - alongside melodies of an Islamic ilk - fused with Soul, Pachanga, Breakbeats, Rumba and Afro-Beat, Orchestre Super Borgou de Parakou manufactured a sound of penetrating and unpolished directness, blurring the line between the erstwhile rhythms of the devout village and the modern grooves infecting the forward-thinking city. Their reinvention redefines what contemporary audiences classify as the 'Afro' genre.

Performing live at the bar 'Congolaise', the high-octane live performances of Parakou's finest troupe also captured the imagination of Celestin Houenou Sezan, co-founder of Albarika Store (Benin's most important music label), and Super Borgou were, in fact, the legendary label's very first EP release. Apart from Albarika, Discadam - and its sub labels Impressions Sonores du Nord and Echos Sonores du Borgou - were the band's major backers who helped galvanize the sound of northern Benin.
Armed with a keen sense of philosophical observation, multi-instrumentalist Moussa Mama and rhythm guitarist Menou Roch, through their lyrics, reported on the socio-economic ills of their time - the rampant inequalities they saw around them - which established the band as noteworthy commentators on top of their gift of unique rhythm.

Sticking with our dedication to dig deeper with each compilation, Analog Africa's Orchestre Super Borgou anthology opens an entirely new chapter of lost and resurrected Afro sounds. Remastered to recreate the energy of their legendary live performances and accompanied by our signature full-color booklet, the story of this remarkable ensemble and the traditions of the people of Northern Benin is set to be revealed and documented like never before.

'The 70s musical scenes in Africa's capital cities seem to have been like parallelle worlds to the one I grew up in. While Europe and North america were thinking of themselves as the musical centre of the world - extraordinary musical revolutions were taking place all over Africa - nobody in the northern hemisphere seemed to notice. It is only today that theses treasures are slowly coming to the surface… and its a huge iceberg.' - Taken From Bambara Mystic Soul's Booklet